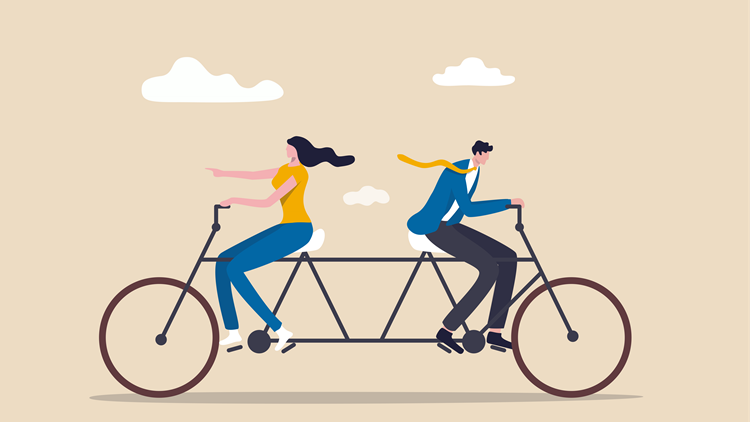 Singer Neil Sadaka was right: breaking up is hard to do. For clients in the process of ending their marriage, there is more to consider than a simple separation of assets. Whether legally separating or divorcing, they could be facing big changes in their individual tax situations—and the Internal Revenue Service recently highlighted information that could help.

One of the first issues is timing. The Internal Revenue Service considers a married couple to be wed until they get either a separate maintenance decree or a final divorce decree. So, until there is an official court ruling, they’ll still be viewed as a married couple for tax purposes.

Another early issue is withholding. When a taxpayer divorces or legally separates from their partner, they will normally need to modify their withholding setup at work. This means filing a new Form W-4 with their employer.

For some, the process may not be more complicated. Taxpayers who receive alimony payments, for example, may have to make estimated tax payments. However, help is available through the Tax Withholding Estimator tool on IRS.gov. This tool can determine whether current withholding amounts are correct for a specific situation.

What are the tax considerations of alimony and separate maintenance?

The IRS could view money “paid to a spouse or a former spouse under a divorce decree, a separate maintenance decree, or a written separation agreement may be alimony or separate maintenance payments for federal tax purposes.” Why is this important? Some payments are deductible for the payer and have to be included in income by the payee. However, there are exceptions.

“Individuals can’t deduct alimony or separate maintenance payments made under a divorce or separation agreement executed after 2018 or executed before 2019 but later modified if the modification expressly states the repeal of the deduction for alimony payments applies to the modification,” the IRS explains. “Alimony and separate maintenance payments received under such an agreement are not included in the income of the recipient spouse.”

What about child custody?

Figuring out which partner can claim a dependent child is often a hotly contested topic among those on the brink of a breakup. According to the IRS, “the parent who has custody of the child can [generally] claim the child on their tax return.” However, the situation gets murky if parents split custody 50-50 but can’t agree who gets to claim the child(ren).

In that situation, there are tie-breaker rules that can apply. Further, under this arrangement, the IRS says these “child support payments aren’t deductible by the payer and aren’t taxable to the payee.”

What filing statuses are available to separating or divorced couples?

The IRS lists four basic filing statuses available for individuals who are divorced or separating:

See Publication 504, Divorced or Separated Individuals, and Topic No. 452, Alimony and Separate Maintenance, for more information on tax issues for divorcing or separating couples.

Helping a client plan for the future?

Easily compare clients’ current tax situation to customizable tax scenarios—like a change in filing status—with the Drake Tax Planner. Since it’s accessed directly within Drake Tax, you have the tools you need to efficiently help clients plan for the future. Sign up for the free trial to see for yourself!